The people of low-income countries find it hard to sustain a decent living standard. Its reasons are many, including a weak economy, political instability, scarce growth opportunities, etc.

Therefore, those who can afford migrating to a foreign country prefer to go to developed countries like the UK to find better work opportunities. Because these countries have strong and big economies, they can easily accommodate expatriates. These expatriates then make international money transfers to support their families.

Why do people transfer money internationally?

In this increasingly globalised world, no country can survive in isolation. All the nations are interdependent regardless of their strength. One country which is developed technologically may have to depend on human resources from another country. Similarly, a country that produces doctors and engineers in large numbers will be required to send those to other countries where their number is comparatively less.

If a doctor or an engineer goes to another country, they render their services in exchange for remuneration. This earning prompts the need to move their money back to their families. You know that the difference between currencies of a strong economy and a weak economy is big enough to transform a small amount of a foreign currency into a large sum into the local.

There is an urgent requirement to devise mechanisms to move funds across borders to meet these needs. It has given birth to banks and online money transfer companies that facilitate the process.

A few credible companies such as ACE Money Transfer have set in place some best and cheap ways to transfer funds internationally.

The first known currency, the Mesopotamian Shekel, finds its origin as far back as 5,000 years ago before that barter trade was in practice. In barter trade, people exchanged goods until the advent of money in its raw form, which was used to do purchasing.

Circa 770 B.C., the Chinese developed coins that resemble the modern shapes of the coins we use. And since then, currencies have taken various forms and worn shapes in which we now know different currencies.

It does not stop here. Currencies are now moving fast towards taking digital forms. The currencies in digital form have become a growing essential all across the globe. Expatriates, in particular, use these forms to send remittances back home to support their families. An example is a large population of overseas workers worldwide who find it the best way to send money online using a digital remittance provider such as ACE Money Transfer.

Some factors make a currency fluctuate. And all of them are beyond one’s control except the governments, which can control the fluctuations. But, that too is limited control. Even governments cannot control or determine these fluctuations beyond a certain point. Let’s discuss those.

A government can stimulate its currency through the monetary policy it sets for its economy.

Another critical factor is the rate of inflation which the governments set. These inflation rates determine the rise in the prices of services and commodities within a country.

A politically stable country is likely to have its economy more durable than the one which is not. Therefore, political stability is a significant factor behind a currency’s strength.

An expansive and robust economy is essential for a stable currency. A weak economy cannot ensure a strong currency.

The amount of money in circulation and available in the market also determines a currency’s strength.

Money can be borrowed on a macro level at the interest rates. It is the price at which money is borrowed. It also affects currency fluctuation.

Exchange rates and their determinants

The exchange rate is the value of one currency against another country’s currency. For instance, how many PKR will it take to purchase one Pound Sterling? When expatriates working in the UK need to send money abroad, they essentially need to know the exchange rate for converting GBP to PKR.

The factors determining exchange rates are discussed below.

It is the general prices of services and commodities in an economy.

At this rate, the governments borrow money from the banks.

It is the money that the governments use to clear or return the borrowed money.

If a country is weak politically, it will directly affect its currency.

A country’s economic health is a significant determinant of its currency’s stability.

A wide gap between imports and exports affects currency. If imports outpace exports, it will affect the currency negatively.

This deficit also has a direct bearing on the currency of the concerned country.

Speculation about currencies and their weakness or strength in the near future also affect currencies.

A government can intervene in the fiscal policies of its country and change them according to its needs. This has a direct bearing on a currency.

Now let’s see the link between different currencies and transfers.

The link between different currencies

You have learnt in the beginning that there is always an ongoing exchange between countries of goods, services and human resources. This exchange necessitates the exchange of currencies between them.

The exchange rates are determined by the factors mentioned above, which are different in different countries. This exchange of technology, human resources, natural resources, and goods creates an essential and robust link between currencies and countries.

Besides, ACE Money Transfer never keeps a margin for profit in its exchange rates, which ultimately benefits its customers. This is something many other companies cannot do.

The reason behind ACE’s expanding and satisfied customer base

Several reasons make ACE’s customers happy and confident with it. A few major ones include the best exchange rates, low fees, secure transactions, accessibility, collection options, round the clock service availability, user-friendly mobile app and the convenience to initiate and complete a transaction on the go, etc.

Many other companies offer several of these features, but at the cost of others. For example, a company charging a low fee will offer less competitive rates and so on. Only ACE Money Transfer provides all the services under one roof to its customers. These are the reasons why expatriates find it reliable to transfer money back home using ACE’s services. ACE’s customer base spans 29 sending and above 100 receiving countries across the UK, Europe, Australia, Africa, Asia, Canada, Poland, and many other regions.

Many global money transfer services claim to be the best. But, a thorough analysis and comparisons between different companies will help you reach a sound conclusion.

How Do Air Quality Monitoring Stations Work And What Are The Benefits? 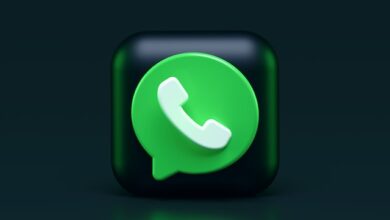 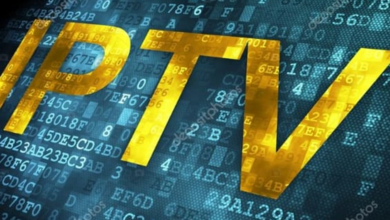 7 Great IPTV Quebec Providers You Can Choose From 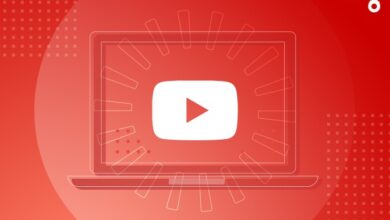 How to Create A Youtube Channel? Various Services It Provides