Numerous books, songs, movies, and inspirational quotes have been written about failure. There is one thing common in all of them. They all talk about setbacks in the past tense. They always talk about how they have fought back after suffering a failure, rather than talking about going through the process of failure itself. Feeling like a failure is one of the worst feelings to have. It brings you down and could lead you to a path of more failure. No one wants to go down that road. Thinking you are a failure sucks the energy out of your life. When we go through one failure after the other, it can feel like the earth is shattering beneath our feet.

If you ask me, I check all but one of the things mentioned on the list above. They say failure is the first step to success. It took Thomas Edison a thousand attempts to invent the light bulb. When asked about it, he would say “I learned a thousand ways how not to make a light bulb.” Failure is not inherently good or bad. What is important is what you do and what lessons you learn after suffering a failure.

Without Trying the Only Outcome Is Failure

If you have suffered a failure, it means you at least tried. You gathered the courage to come out of your comfort zone and push your boundaries. Most people lack the courage to do what is necessary. Your courage to try new things doesn’t go away simply because you failed earlier. Don’t be afraid to take risks. Always remember, there is no greater danger than playing it safe.

Although it is important to learn from failure, it is also important to let go of any setbacks you may have suffered in the past. Just because you failed earlier doesn’t mean you will necessarily fail again. Don’t give your past failures too much importance. Don’t allow your past setbacks to become a self-fulfilling prophecy whenever you try something new.

There is a Chinese saying. It goes like this:

“Every hardship is an opportunity”

Use this opportunity to make yourself humble, particularly if you tend to get arrogant. Don’t view failure as a predictor of future events. Use it to make yourself better than the person you were yesterday.

Thinking About “What If” Will Only Make You More Miserable

What happens in the past stays in the past. Learn to live in the present moment. Thinking too much about the past will only make you more miserable. Think about the things that are in your control, like deciding what measures you can take to avoid repeating a past mishap. Focusing on what you can control will give you a feeling of happiness and make you look forward to the future. Replace “What if” with “What to do next.”

Many of us tend to shift blame for our failures to external factors. Playing the blame game will only make matters worse. You should at least privately admit where you went wrong if you don’t have the courage to make a public admission. Don’t allow your failures to get you off-track.

Life is a race. If you don’t run fast, you will be a broken egg. Just kidding!

Speaking of learning, the internet is a great resource to gain knowledge and acquire multiple useful skills. And what better way is there to achieve this than to use a secure and reliable internet connection. Enjoy consistent internet speed with Windstream. 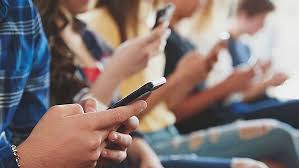 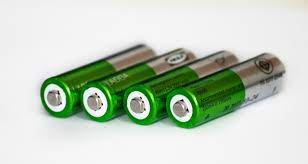 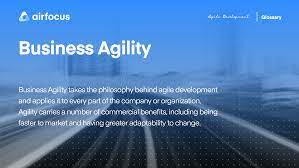 Business Agility Is The Key To Success In The Digital Age